Penis Weights: Do They Work?

Can you pump iron with your johnson?

Though they have declined in popularity in recent years, for quite a while penis weights were all the rage. Manufacturers and marketers promised that within a couple weeks you'd have a veritable elephant's trunk tucked away in your pants and all you needed to do was strap yourself into their device for an hour or two a day. 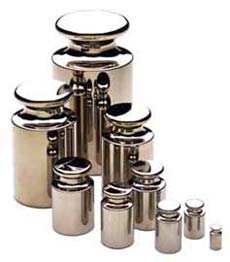 Penis weights work in a pretty straight-forward method. By suspending weights on the end of your penis, gravity provides a gentle (or not so gentle, depending on the weights) downward pull. This steady pressure stretches the ligament that anchors your penis to your pelvis, thus extending the length of your penis.

Because the weights have to be attached to your penis in order to be effective, they can hinder blood circulation if fastened on too tightly. And you need to wear them while you're standing -- not while sleeping or laying on the couch.

What penis weights are good for

Some years ago, there was a movement among men who'd been circumcised at birth. They wanted to "reclaim" their foreskins. The only way to do this was by suspending weights from the skin of the penis, slowly lengthening and stretching it until there was enough extra for a new foreskin.