Avanafil: Is It Safe? Does It Work?

Year after year in the wake of the release of Viagra onto the market for medications designed to deal the effects of erectile dysfunction more and more companies introduce one product after another to compete in this multi-billion dollar per year industry. The vast majority of these products are slapped together with formulas that tend to be composed of anything a marketing expert's studies suggest will entice men suffering from the debilitating effects of sexual dysfunction will see as offering hope to solve their very personal problems. It is this aspect of male enhancement supplement marketing that makes it difficult for genuine products to be seen as quality alternatives to what the large pharmaceutical companies are pushing in the market. After all, when a market is flooded with cheap supplements that make bold claims and are supported with high levels of funding for slick marketing campaigns, it is often hard for truly beneficial products made from quality ingredients to cut through the noise and reach the customer base that is clamoring for them.

It is because of this phenomenon that we have decided to; once again, attempt to help our readers wade the sea of lesser products in order to find the product that may be right for them. So, as part of that effort, we are here today to talk about an erectile dysfunction medication known as Avanafil. 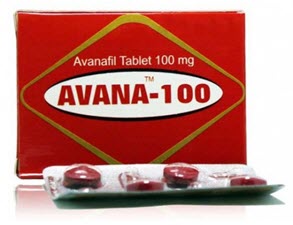 Avanafil is what is known in the scientific community as being part of a class of drugs referred to as Phosphodiesterase Type 5 Inhibitors. This puts it in the same class as other well-known erectile dysfunction medications such as Viagra. This also means that, unlike most of the alternative medications on the market today, Avanafil has been put through a number of serious studies and trials which has led to its ultimate approval from the U.S. Food and Drug Administration in 2012. One of the most important factors in the introduction of Avanafil was the claim that its new second level formula had tackled a significant problem related to taking medications for erectile dysfunction - side effects.

Now, it's not to say that Avanafil has completely overcome the usual and sometimes serious side effects associated with the use Viagra and other similar products, but the studies and other clinical evidence does suggest that Avanafil has addressed several of these side effects and is, therefore, a welcome addition to the list of quality medications for this segment of the sexual dysfunction stricken market.

In its testing phase Avanafil was subjects to three studies as part of its application process. At least two of those studies were published and are, of course available for review by the general public.

Conducted by Jung Laboratories during the application process the testing included a randomized, double-blind, parallel group, placebo controlled set of test on subjects who received variable doses ranging from fifty to one hundred to two hundred milligrams per dose. The results were deemed to insufficient due to the small scale of just thirty subjects all of whom were of Korean descent.

Conducted by Goldstein Laboratory in a multi-phase, multi-center test utilizing a placebo controlled, double-blind, parallel group evaluation method focused on the elimination of certain side effects inherent in this class of medications.

This study was, in part, designed to measure the subject's ability to produce and maintain an erection that would be of sufficient strength penetrate the vagina of a sexual test partner and maintain its integrity though the sexual act to the point of orgasm. The results show that effectiveness rates showed distinct improvement between the starting point of the test period and the end of the twelve week trial. This, of course, was done with the three different dose levels of the test drug.

Conducted by Zhao Laboratories, this multicenter, double blind, placebo controlled, parallel group testing included over two hundred subjects. The results of this set of Phase Three testing concluded that Avanafil produced more than acceptable results with minimal side effects common to other products in this class.

As noted in the section outlining the results of Study 1, there was significant concern related to the small amount of subjects and the genetic or racial makeup of the all Korean participants. This, of course, led to the formation of the second study which used a significantly larger and more ethnically diverse subject population. The end result of this course of testing led to a conclusion that Avanafil was highly effective among a larger and more racially diverse group but with some unanticipated side effects that many observers believed would not be present at this level of testing. These side effects were related to vision changes in a segment of the test subjects.

As discussed at the beginning of this review, the market for medications designed to alleviate the symptoms of erectile dysfunction has produced a flood of formulas trying to get their share of a multi-billion dollar market that was cracked wide open by the introduction of Viagra. Some of these medications have attempted to become alternatives to Viagra by offering different formulations designed to eliminate some of the more serious side effects associated with Viagra and its top competitors. Avanafil is one of these competitors who have, at least to some degree, accomplished their goal.

The ultimate result of testing and final approval by the U.S. Food and Drug Administration proves that Avanafil has achieved a comparable result to Viagra with a notable reduction in the prevalence of certain side effects. The downside of that equation is that in the process of achieving this goal Avanafil ended up being a formulation that would cost significantly more than its competitors when it finally reached the market. The debate as whether or not this added expense is worth the reduction of known side effects is now in the hands of the market the men who may decide to try it in an effort to overcome their problems with sexual dysfunction.

In the end, a key issue remains for many men experiencing these difficulties and who may be highly susceptible to side effects due to any number of less than perfect medical histories. Let's be clear here, men who are old enough to be experiencing erectile dysfunction are also old enough to be experiencing a whole host of other health issues such as heart problems, high blood pressure, diabetes etc. For men suffering from these types of conditions there is a stark choice to be made - Take a chance on some expensive laboratory grade, prescription medications which have the very real possibility of inducing significant side effects or looking at less expensive and far less dangerous options such as all natural supplements designed to achieve much of the same results but through a different focus.

For more information regarding the most high effective and well-regarded all-natural male enhancement supplements available today, see below.